Mysterious disappearance of people in Alaska 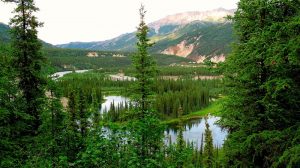 Why are almost two times more people lost in Alaska than living there? Local search and rescue teams conduct hundreds of operations each year, but do not find signs of people alive or dead, as if they almost literally dissolved in the air.
Alaska is, of course, a harsh place, but why are so many people and airplanes missing here and, moreover, why are most of these missing in one place?
In the so-called Alaska Triangle, which stretches from Juneau to Anchorage and in the north to the city of Barrow, more people have disappeared than anywhere else in the world. These are thousands of kilometers of lakes, wastelands and mountains with an ominous reputation.
The first recorded case of such a disappearance is the loss of an Alaska-Texas flight with 44 passengers on board in 1950. The airplane just disappeared – no trace of it has been found so far.
The Alaskan Triangle thundered to the whole world on October 16, 1972, when the Cessna plane with Democratic Party member Thomas Hale Boggs and the politician Nick Begich disappeared somewhere on the way from Anchorage to Juneau without a trace.
This disappearance has launched the most extensive search in US history. Forty rescue aircraft swept the area for 39 days in search of debris or survivors, but to no avail. “Cessna” with politicians seemed to disappear into the air.
All this could be attributed to the accident, the harsh climate and the unpopularity of the region, which is why it is very difficult to find the crashed equipment. But it is striking that since then in the Alaskan Triangle more than 16 thousand people have disappeared without a trace, and both tourists and local residents. And not a single person has been found.
The local Tlingit tribe blames the evil being of Kushtak, which roughly translates to “otter man.” According to legend, this werewolf mimics the cries of a child or a woman to lure his victim into the river.
People in the water kushtak either kills, tore apart, or bewitches and turns into a small kushtak. With the same purpose, he sometimes kidnaps babies. Therefore, Tlingkit mothers scare their children with kushtak so that they avoid independent walks by the water.
Conspiracy theories have their own theory on this. They believe that in Alaska an “ancient” huge pyramid, which they call black, is able to use the power of the whole Earth. Former military man Bruce L. Pirson claims that the American authorities have long been trying to master the secret of the black pyramid and he, as an expert, participated in this project and therefore can confidently say that the building was not created by our civilization many thousands of years ago.
It is possible that people and technology disappear here, because voluntarily or unwittingly interfere with the military. But the official authorities of the United States in every possible way repudiate this version, all the more difficult it is to assume that the study of this ancient pyramid began in the US military in the middle of the last century and very little information is available on this.
The official explanation for the strange disappearance of people in the Alaskan Triangle is reduced to geopathogenic zones, energy vortices and extreme electromagnetic radiation, which are present in other mysterious places of our planet. The most famous example is the Bermuda Triangle, but some researchers believe that Stonehenge, Easter Island and the Egyptian pyramids also lie in areas with such radiation.
In such places, compasses and electronic devices fail, there are disruptions in the operation of engines, which may explain aircraft crashes. This anomalous electromagnetic radiation, apparently, causes people to see vision, dizziness, disorientation and confusion.
Alaskan Triangle
The fact remains that in the state with a population of less than in San Francisco, every four people out of a thousand are missing. But the most terrible and most probable truth is that people who have nothing to lose, specially go to the deserted tundra of Alaska, never to be found.