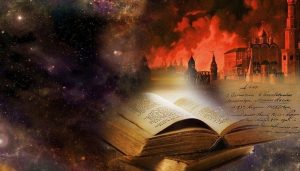 John the Theologian could not help hearing about the earthquake of the sixty-third year BC. This earthquake occurred on the territory of the modern Kerch Strait, that is, on the territory of our country.
The earthquake was fateful for the Pontic kingdom and for the Asia Minor province of Assia, which was then part of it, the former Ionia (where John the Theologian lived later). Perhaps the earthquake was one of the reasons for the death of this state.
Who now, except for historians, remembers the Pontic kingdom, once no less powerful than Rome? .. END_OF_DOCUMENT_TOKEN_TO_BE_REPLACED

Will the end of the world?

The feeling of the approaching catastrophe in our days has become so universal that it seems there is not a single person who would not have asked the question – what awaits us ahead? The threat of a nuclear war is still over the planet, but even it does not seem as inevitable as the threat of an environmental disaster, the ecological End of the World.
Will the end of the world? What will it be? END_OF_DOCUMENT_TOKEN_TO_BE_REPLACED 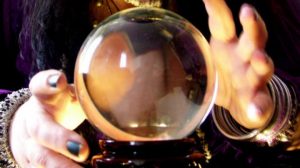 Without asserting anything, I will give a couple of facts, testified by trustworthy people.
The first certificate belongs to a deceased educated woman who spoke two foreign languages ​​in 1987. At the zenith of her work, she was the deputy head of the personnel department of a large Moscow factory; during the war she was a dispatcher at a large workshop at the same factory.
Being baptized according to the Orthodox rite, she did not believe “neither in God, nor in the devil,” did not attend church, did not pray. After retirement, she became the chairman of the house committee and, according to the statements of tenants, she went alone to pacify the word of drunken rowdies. END_OF_DOCUMENT_TOKEN_TO_BE_REPLACED

Posted in complete ignorance, grandmothers, made various, marriage, previously unknown
1 2 Next »
GhostsWhether we want it or not, a sense of the reality of what underlies these legends is absorbed by us before birth. And no matter how hard a person is…