The most famous hoaxes in the history of mankind 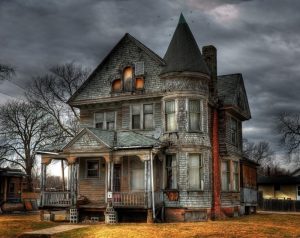 When something inexplicable happens in life, people often resort to a mystical interpretation of events. Witnesses and eyewitnesses of extraordinary phenomena invent mysterious theories and assumptions that are not supported by any serious facts.
And the secret here is that most people like to believe in something mysterious. How can you not remember the famous phrase: “I know that this is so, and please, do not fool me with your own facts.” Today we will look at well-known errors and myths that have not been tested for strength. This article will appeal not only to history lovers, but also to those who like interesting life stories.
Fox Sisters
In the spring of 1848, in the bedroom of the two sisters Maggie and Kate Fox, strange things began to happen. According to the girls, who were 14 and 11 years old, they heard strange sounds several times a month. It seemed to them that a certain ghost of a man wanted to get in touch with them. On the frequent cases of this mystical phenomenon, the entire northern part of New York quickly learned.
Having received a million support from their fans, and then followers, the Fox sisters played a key role in the formation and development of spiritualism. When the girls grew older, they continued to conduct seance sessions, only with more complex stunts. Once, the eldest of the Maggie sisters could not stand it, and publicly admitted to intentional mystification.
She explained that initially this whole story was like a simple childish prank. After all, the sounds produced by the “ghost” were actually just clicks of the joints of the toes. Who would have thought that such fun would turn into a popular and rather large movement all over the world.
Horror amityville
This story is known to many fans of horror films, and the expression “The Amityville Horror” has long been a household word. In 1974, Ronald Defoe, who was 23 years old, personally shot his parents, as well as four brothers and sisters. He committed a crime when family members slept peacefully in their beds.
Defoe himself explained his act by saying that a certain voice ordered him to kill his relatives. When Ronald was checked by the doctors, they recognized him as completely sane. A year later, the Lutz couple with three children settled in this house. A month after the move, various unexplainable things began to happen in the house.
As a result, various mediums and priests often joined them, who in one voice asserted that “otherworldly forces” really lived in the house. As it turned out, they were all in agreement. They collaborated with the American writer, who, in order to maintain this mystification, provided them with generous material support.
Alien dissection
In 1995, a sensational report appeared on Fox TV Channel, which described the autopsy of an alien found at a UFO crash site. As it turned out, in fact, this whole story was falsified. However, this did not prevent the channel from obtaining huge ratings. The author of the report of one of the most famous alien hoaxes was Ray Santili with his colleagues.
As soon as the film fell into the hands of professionals, they immediately identified there a large number of “lapses” and historical inconsistencies. All this mystification was more like cheap fiction than reality. As a result, in 2006, Ray Santili himself publicly admitted to the fraud.
See also: Unsolved mystery of the 20th century: “The UFO invasion in Australia”
Photo of a Loch Ness monster
The Loch Ness monster is familiar to most people because this expression is used as something unknown and very scary. There was a sensational story about a monster living in Loch Ness, relatively recently. So, in the 30s of the 20th century, a sensational photograph appeared in which a certain creature, better known as “Nessie”, was depicted.
The most famous hoaxes in the history of mankind
The picture was taken by Dr. Kenneth Wilson. On the blurred photo was visible neck and head of the “monster.” Later it turned out that this is just a stuffed monster attached to the hull of a children’s submarine. This well-known mystification was carried out by a certain hunter with his son. Surprisingly, but she was very tenacious.
Time traveller
In the 70s of the last century, the story of the time traveler, whose name was Rudolf Fenz, was very popular in America. This is one of the most famous hoaxes, the echoes of which can still be found in different public social networks. The myth claimed that, allegedly in 1950, Mr. Fenz unexpectedly appeared on one of the New York streets, straight from 1876. Unfortunately, because of his confusion, the “traveler” got under the wheels of the car and died. In fact, all the characters and events of this mystification were borrowed from the little-known story of Jack Finney.
Crop Circles
In the late 70s, mysterious drawings began to appear in the south of Great Britain. Immediately began to circulate rumors that the authors of these mysterious patterns are aliens.