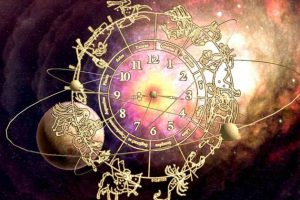 Along with the considered methods of obtaining information about the remote present, past or future, methods are known, the identification of a rational basis of which is very difficult. The so-called numerology undoubtedly belongs to them, the roots of which go back to the depths of millennia …
The founder of the mysticism of numbers is considered to be Pythagoras, who was around 550 BC. drew attention to the fact that by a series of successive additions of numbers constituting any number, it can be reduced to one of the significant digits of the series: 1,2,3,4,5,6,7,8,9, which medieval scholar Cornelius Agrippa his work “Occult Philosophy” assigned mystical meanings, deciphering them.
Aristotle formulated the main provisions of the theory of number, developed by Pythagoras, in the following words: “The elements of numbers are the elements of everything that exists and that the whole sky is harmony and number.”
There are many works devoted to numerology, covering both the consideration of the numerical harmony of all things in accordance with the ideas of Pythagoras, and the truncated version of numerology, used in determining the fate of human …
On this we will finish the excursion into the history of numerology and present an amusing article from the weekly Football-hockey weekly (1972, No. 1), which, like all the domestic publications of that time, is difficult to suspect of affection for mysticism. Here is its full text.
“Predictor from Athens”
Anyone who believes that the outcome of the match is solved with the help of a ball on a green field, is mistaken. Nowadays Konstantin Tsirimonis, the “seer” from Athens, is able to name the outcome of any match. He predicted both the result of the meeting in the quarterfinal between the Greek “Panathinaikos” and the English “Everton” (in favor of “Panathinaikos”), and the result of the final meeting with “Ajax” (in favor of “Ajax”), which demanded some courage from him.
The key to foresight is the system of numerology invented by Tsirimonis. He numbered all the letters of the alphabet (from 1 to 24). To determine the outcome of the final meeting of the Champions Cup, the “prophet” operated on the names of Jesus Christ, Alexander the Great, Henry Ford and Dimitros Damazos (center front “Panathinaikos.”). The sum of figures was 198, which according to the table of Tsirimonis promised failure. This is what happened with Panathinaikos. True, the players of the Dutch “Ajax” were in complete ignorance, they did not know the prediction of the Greek “prophet”.
There is nothing to add to this.
Information Bureau “Beans”
We will get acquainted with another, obviously no less ancient, method of divination, the rational roots of which have not yet been revealed.
When I read the following passage many years ago in the journal Yunost, I immediately contacted the author of the novel “People remain people” – Yuri Evgenievich Pilar, achieved a meeting and meticulously asked him about everything that had happened. He confirmed the absolute factuality of the following.
It should be said that Yuri Pilyar participated in hostilities, was wounded, was captured. He described his life in the camps of fascist Germany in another novel. And in the above mentioned he told about his cross way to the Soviet camp, where after his release from the concentration camps of the Reich almost all Soviet prisoners of war were sent.
Here is an excerpt from the publication of the novel in the journal Yunost (1904, No. 3).
So, the scene is a freight car with prisoners heading east to the Soviet camp. Prisoners are looking for what to do, how to stand, to stand.
“Come on, let it be lost,” Ampilogin tells me, wrapped in a worn pilot’s leather jacket. He has black bristle on his chin, his eyes sunk and look wistfully.
– Come on, – I get up and go to the elderly Kazakh Mukhtar Mukhtarovich and ask him to tell me.
While he is making a prayer, with his legs tucked in and up and down, stroking his face, I look at the gray sky, the window running behind the prickly cross.
Of course, this is just a fun way to kill time – fortune telling, but still curious. Kazakhs consider Mukhtar Mukhtarovich almost a prophet. He was still in a prison camp supposedly predicting when the war would end. They are calm: they know what will happen to them, although we are not told. Mukhtar Mukhtarovich is always calm. There are no wrinkles on his face, his eyes are smart and clear, and he is very clean, he brushes his teeth every day! Peculiar personality!
“Please,” Mukhtar Mukhtarovich answers me, having finished praying. Now he is especially peaceful, with a quiet radiance on his face.
I squat down next to him.
Mukhtar Mukhtarovich spreads a white rag in front of him, takes out a small bag and shakes out of it a dry, glossy bean. I see some specks on it – actually an ordinary bean. He stretches open palms with long fingers, slightly moves them and makes smooth, as if floating movements. I look with might and main, and it seems to me that the bean is moving a little.