On the nature of time and the study of the future 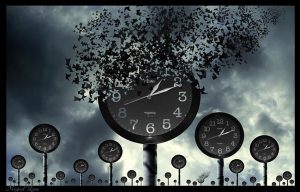 In our time, in order to explore the future, it is not at all necessary to be a prophet, as Michel Nostradamus and Edgar Cayce were all known at the time. It is not necessary for this to also have any supernatural, paranormal abilities from birth. The future, by virtue of its nature, itself opens its secrets to people when a certain period of historical development comes. At a time when biblical prophets and Michel Nostradamus lived, it was enough for people to know that the future exists against their will and that it is possible and necessary to predict. Therefore, this future looked like in the first prophecies known to people, in the form of a disorderly set of fantastic, extremely abstract, and filled with incomprehensible symbols, pictures. These paintings were fragmentary in nature and did not give an idea of ​​the general trends in the development of human civilization. Take, for example, the well-known “Revelation of John the Divine.” How much information will you find in it about what year and in which countries the described apocalyptic events take place?
The same can be said about the “Centuries” of Michel Nostradamus. Depending on the tastes of the interpreter, they can be “imposed” on any country and for any period in the history of this country. Therefore, they now write a lot not so much about the prophecies of Nostradamus, but about the arbitrary interpretation of these prophecies by various commentators, such as, say, Manfred Dimde (France) or Alla Denikina (Russia). And almost all the researchers of the heritage of the great French seer, despite their extraordinary creative abilities, are “fixated” on the idea that for the period after 3797 AD it is impossible to predict the future, because “great awful” himself said so. But did Nostradamus write about this in at least one of his works? Another thing is that the prophet himself, by virtue of his abilities, was able to explore the future just before this date, calculated by him on the basis of Bible texts.
We live in very different times. Today such a science as futurology is developing. In the arsenal of techniques and methods of the modern researcher of the future, which can be any scientist “from common sense”, you can find various (depending on the point of “binding” events) calculations made on the basis of the theory of geosocial cycles, and forecasting emerging trends in the development of society, and extrapolation in time, and the use of the unique results of “traveling to the future”, recently obtained in the United States during the sessions of progressive hypnosis by Chet B. Snow and Bruce Goldberg. Tens of thousands of people made such mental journeys. This means that already in our time, tens of thousands of people in an altered state of consciousness contemplated the future in the time span from 2100 to 2500! But now the sequence of application of all the above methods and methods for making forecasts is the personal “know-how” of each researcher of the future. And some of these “know-hows”, so that numerous admirers of Michel Nostradamus do not speak there, make it possible to predict events on specific dates up to the beginning of the 5th millennium of our era. Time has such a nature that it is only possible to talk about what has already happened. For example, everyone knows that Vladimir the Great baptized Holy Russia in 988 AD, and the Great Patriotic War began on June 22, 1941. But as for the future, all self-respecting futurologists know that it has a uniquely probabilistic character. That is, from today into it, this future, several vectors of events are directed. Suppose tonight at 7 p.m. you plan tomorrow morning at 8 am, as always to go to work, But at 10 pm you can call your boss by phone and offer to leave on his behalf for an urgent business trip. At the same time, as another option, you can contact a distant relative and ask him to meet in the morning at the station. Or, God forbid, at this time your temperature suddenly starts to rise and you will fall ill. “22 o’clock today” is that “bifurcation point”, or “time break”, when it is impossible to say anything definite about tomorrow. Therefore, it is fundamentally impossible to make predictions with an accuracy of 100% for specific dates or years due to the nature of time itself. However, if you do not “arrange” events on specific dates, then foresight loses any meaning at all and becomes a fantastic collection of horrible or beautiful fairy tales. First of all, because in this case, his “soul” is taken out of the future – the logic of events. And the most important thing is that a person becomes indifferent to such a prediction, because it does not induce him to any actions.
The thing is that the forecast is not done for the sake of the forecast itself. He must force a person to act and arrive at a probable “break point in time” morally prepared. And the predicted event will come this year or next, is it so important? And yet, the forecast or prophecy without a date, as it was before, in the era of youth and childhood of mankind, today is unacceptable.