Ways of communication of civilizations 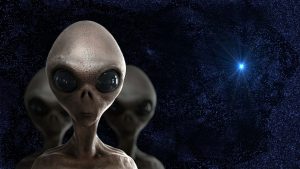 Energy matter flows from one region of outer space to another according to certain, but still little known, laws. Information, like the subtlest type of matter, is also capable of moving from one place to another, accumulating or dissipating, modifying or preserving for a long period in a conserved form in the deep layers of energy matter, especially in coarse matter (stones, solid objects).
Without the exchange of information, there is not and cannot be cosmic evolution. Everything in the world is in a continuous process of energy information exchange. Nothing passes without a trace and does not arise by chance. It follows that the information system, closed to itself, as a result is not capable of ensuring the development of intelligent beings.
It is quite obvious that the communication of worlds (civilizations) is caused by their desire for development and environmental awareness. Under the simple curiosity of rational beings, there is a tendency towards universal unity and the erasure of the limits of knowledge.
Love and knowledge bring together, and ignorance and suspicion remove us from each other, which is especially noticeable in relation to the neighboring worlds. And therefore we have always been interested in how intelligent beings in space communicate with each other. There are several ways to communicate.
Sign language is usually considered a sign of poor development and is used mainly by underdeveloped and moderately developed civilizations. Special facial expressions, grimaces, gestures and behavior can very clearly express the mutual relations of beings.
Sign language is in some sense international and understandable to many societies that have not lost the emotional tint of their inter-individual relationships. Emotional civilizations do not use this method of communication. Some highly developed civilizations still sometimes use generally accepted gestures. So, for example, the right hand, raised with the palm forward, with a kind expression on the face indicates a greeting, and the same gesture with a strict expression of the face indicates the reluctance of any rapprochement or refusal to communicate.
The language of colors (language of color) refers to a purely individualized way of conveying some information about yourself. A special hairstyle, skin dyeing in special colors, a certain color of clothes, details of decoration and personal adornments express mood, status in society, military rank, holy orders, and so on. This method of transmitting information is used by primary and middle-level civilizations, in which the egoism and individuality of developing beings are clearly manifested.
Sometimes this method is used by higher hierarchs to communicate with lower levels of intelligence. Coloring is used in such cases for prompting and confirming spirituality, for example, highly spiritual entities may appear dressed in shining white robes or white robes. White color in this case is an indicator of spiritual purity, hierarchical affiliation to the Light forces. Conversely, representatives of opposing forces love to dress up in black clothes.
Speech and language communication usually appears at the early and middle stages of civilization, almost simultaneously with the appearance of the alphabet and writing. Speech communication is often ahead of writing: creatures first learned to speak meaningful phrases, and only then came up with ways of fixing words and sentences on stone or on paper. This is quite explicable by the practical side of the matter: first there is a sound, a set of sounds that have a definite meaning, and then the sounds are fixed by a written icon (letter, hieroglyph). The graphic writing of several civilizations is known.
Many civilizations within their society use linguistic communication, which is perceived by the human contactee as ordinary speech, sometimes similar to some terrestrial languages ​​(Latin, Chinese, German, etc.). Sometimes the speech of intelligent beings reminds of “singing”, “muttering”, “barking” or “screaming” sounds. There are also creatures communicating through whistling, buzzing, squeaking and other exotic sounds that our ears are not able to catch.
Over time, writing is transformed into semantic hieroglyphs — semantic language, when a whole verbal expression, a definite concept, is embedded in a separate character (or set of hieroglyphic characters). However, this method of transmitting information gradually becomes unsuitable for developing beings and disappears with time.
The language of symbols – this way of communication is used by many civilizations, including those of the highest level. The only difference is in the methods of transmitting symbols: middle-developed civilizations transmit symbols in writing, often by automatic writing, and highly developed civilizations transmit them using a beam of energy – in the form of an energy hologram resembling our laser light show.
The images appear right in the air, on a luminous background-screen and are usually perceived by the contactee on a mental and spiritual level, that is, they have a sacral character for the essence. Symbols are considered the most convenient when they are close to the universal space symbolism.