Scenario of the future development of human civilization 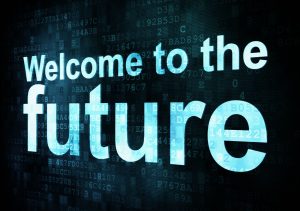 According to the author’s research, the development of mankind in the next 150 years will be largely determined by the aggravation of the geo-critical situation on the planet in the years 2040-2058. This period will be at times large-scale natural disasters in the form of earthquakes, hurricanes, tsunamis, typhoons and droughts. The processes of global warming will provoke accelerated melting of the Antarctic ice sheet so that many territories of Northern Eurasia and the ocean coast of both Americas will be under water. In 2090, the climate of Antarctica will resemble the climate of modern Sweden or Norway. The mainland will gradually begin to be settled by refugees from Africa, America and Asia. The demographic pressure of the East on the West will gradually subside. This process will last until 2150. The world will suffer from large social upheavals that will roll a mighty wave in many developed countries. Countries in Africa, South America, and Southeast Asia are awaiting epidemics of new viral infections, an increase in mortality. But these events will be the impetus for the acceleration of technological development of society, the discovery of new sources of cheap energy.
From 2065, industrial complexes will be built in the near space for the production and wireless transmission to Earth of electricity derived from solar radiation. The industrial development of the moon will begin with the goal of extracting helium-3 from its depths — fuels for safe and compact thermonuclear stations, with which at the end of this century every dwelling will be equipped.
The years 2160-2255 will be the years of discovery of new – mental – technologies for the mastery of the universe by mankind. A telepathic network “Telenet” will be created. Without any bulky special devices, only with the help of special chips implanted under the skin, a person will be able to communicate with any inhabitant of the planet, the Moon and near-earth industrial orbital complexes, as well as connect to any information resource of humanity. Through progressive or regressive hypnosis, everyone will be given the opportunity to travel to their past or future life (scientific confirmation of the immortality of the human soul will be received in 2010) and thus get rid of the fear of death forever.
2250 – 2350 years will be a period of active colonization of the Moon, Venus and Mars, satellites of the giant planets, as well as the industrial development of the asteroid belt. The first interstellar flights will begin. Until 2445, humanity will learn to use the energy of the earth’s core. This energy will then be transformed by the inhabitants of numerous spiritual communities-communities into crystalline energy – structures of multidimensional space-time, according to which the noospheres of the developed planets of the Solar System and the Galaxy will be built. The Earth’s lithosphere will become an environment for the location of high-tech metropolitan cities, an extensive network of underground utilities, industrial complexes and geoenergy stations. At the same time, the problem of the immortality of the human body will be practically solved by creating virtual duplicates of the human consciousness and the environment of the natural human body with self-regulating protective energy fields. Until 2550, the construction of the infrastructure of the underwater civilization will be completed: large cities under transparent domes, numerous factories and aqua farms. A new species of man will appear – Homo acvarius (man of the sea), and artificial breeds of intelligent animals will be bred. It is not excluded that the “immersion” of human civilization in the bowels of the planet and the ocean will be caused by the short-term cooling of the Sun in 2318-2328, when human existence on the surface of the planet as a result of high temperatures and intense evaporation of the atmosphere will not be very comfortable.
In the period from 2555 to 15120, the main efforts of mankind will focus on the colonization of all suitable for the development of life of the planets of the Galaxy. Noospheres will be created around these planets – multilayered memory banks of people and intelligent animals. They will become the basis for the subsequent technological development of celestial bodies: reproducing natural conditions similar to those of the earth on them. “Along the distant paths of distant planets” will be walked the dead once upon a time to life in a physical body earthlings (including you and me). At the same time, a person will begin to wander through other dimensions of space-time and parallel worlds, study them and adapt them for their creative and cognitive needs. Travels in the past and the future will become commonplace. Their ability will provide experiments with gravity and “black holes”. Full information about all people who once lived on the Earth will be obtained from the past. This will allow to completely reproduce their consciousness and place it in new, immortal bodies, protected and strengthened by a transparent cocoon of subtle energies.