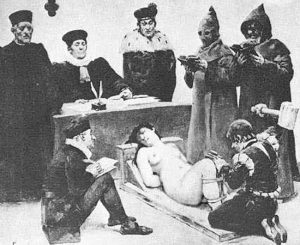 When Anna Göldi, a forty-six-year-old resident of the Swiss city of Glarus, hired a servant in the house of local judge Jacob Chudi, she still didn’t know that she would soon go down in history in a very sad way: to become the last woman in Europe executed on charges of witchcraft.
Last executed witch
It may surprise someone that the last such incident occurred in Switzerland, a country that today is seen as a kingdom of order, law and tranquility. However, we must bear in mind that such a reputation of Switzerland has developed only in the last two hundred years. While in the era before the Napoleonic Wars, the Swiss enjoyed the glory of the people, firstly, very militant (not without reason the Popes still collect their guard from them), and secondly, wild and superstitious. In this regard, it is not surprising that the witch-hunt in this country acquired an unprecedented scale: in the 15th-18th centuries, ten times more witches were executed in Switzerland in terms of the number of people in the country than twice in France. principalities.
But back to Anna Geldi. Some time after her appearance in the house, the eight-year-old daughter, Jacob Chudi, became ill: she had convulsions and began to “pull the needles out of herself.” Chudi allegedly noticed that the “conspired” pins were added to her by a maid, and then he drove the last one. Later, in court, the witnesses claimed that the girl was an unbearable child and often mocked the maid, which served as the motive for the crime. And although the girl was healed after a while, Chudi turned to the competent authorities.
For a while, Geldy managed to hide, but the authorities of the canton of Glarus announced a reward for her capture, and soon she was brought to justice. This person, I must say, turned out to be very unattractive: an elderly woman was hung up and tortured until she confessed to attempting to kill a little girl and, of course, in intercourse with the devil, who appeared to her in the guise of a big black dog. After that, without thinking twice, she was found guilty and sentenced to death by cutting off the head (the burning had already gone out of fashion).
Here we need to make another digression and say that it was 1782 outside. The ideas of Voltaire and Rousseau were in the air, in just a few years the Bill of Rights in the United States and the Declaration of the Rights of Man and Citizen in France, and even in a distant and seemingly backward Russia this very year, Denis Fonvizin writes the comedy “Nedorosl” in which mocks ignorance and prejudice. And suddenly, at the same time, in the center of Europe, a man is quite seriously executed for witchcraft.
It must be said that the judges who sentenced Anna still realized what reaction their decision would cause, and therefore she was officially accused only of attempted murder. But it should be noted that the then Swiss laws did not provide for the death penalty for attempted poisoning, if it did not lead to the death of the victim. Nevertheless, Anna Gildi was executed, and when the circumstances of her process became public, they made a lot of noise all over Europe, and caused much trouble to the authorities of the canton of Glarus. So many that more in Switzerland, and indeed in Europe, witches are not executed.
However, Anna Göldi was rehabilitated only recently – in 2008, a Swiss court officially declared her innocent, and her execution – “judicial murder.” There is a version that her employer Jacob Cudi was in a carnal connection with his servant, and when things went too far and publicity could harm him, he preferred to get rid of her by using his connections. Whether it was so or not, you will not establish it for years ago, but this assumption looks clearly more convincing than the version about the involvement of the enemy of the human race, who appeared in the guise of a black dog, in the events of Glarus.