Accessories panopticon and their application 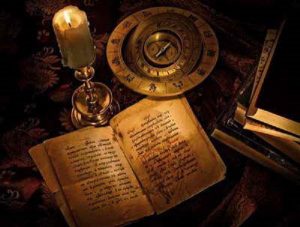 The history of the use of accessories goes back thousands of years. In 1949, in the foothills of the Atlas Mountains, a picture of a man with a so-called magic rod was found on the walls of one of the caves (otherwise, Jacob’s rod, a water prospecting or rudous mine). It is believed that this image is at least eight thousand years old! The time is set after studying the dye used to apply the pattern.
There are many descriptions of the use of the rod in the era of the pharaohs. The Chinese owned this method for 2200 BC. Plutarch wrote about the use of the wand. Thousands of years go by, and there is no significant shift in the understanding of what is happening when using a magic rod. It was only possible to notice that the effectiveness of the use of the vine directly depends on the freshness of the wood rod – gradually drying out, the vine loses its exploratory properties. Later, it was possible to replace the vine with a metal wire, and in this modification (often having a very intricate form) the device became widespread in biolocation works and studies under the name of the “bio-locating frame”.
By the way, it should be noted that the vine was used in the Middle Ages not only for finding ore deposits and sources of drinking water. There are numerous impressive examples of its use in the investigation of crimes. Thus, in the summer of 1692, the owner of the wine cellar and his wife were killed and robbed in Lyon. At the crime scene was lying ax. No other traces were found. Someone from the neighbors of the dead drew the attention of the police to the peasant Jacques Amar, who was famous for his ability to find treasures with the help of a vine, to reveal thefts and deceptions.
Jacques Amar, who was called to Lyon, immediately indicated the place where the corpses had been found, then proceeded to the ticket office, went outside, walked, as the bar pointed out, along the right bank of the Rhone. Passing to one of the houses, Emar told the escorts that there were three criminals, they entered this house, sat at the table and drank wine. He even indicated the bottle from which they were drinking. The judicial investigator who accompanied Emar on duty, was in a difficult situation and did not know whether to trust the dowser. They decided to do an investigative experiment: they bore an ax in the garden that killed the man and several others like him. Amar coped with this task and found the murder weapon!
Following further along the banks of the Rhone, he indicated the place where the criminals boarded the boat. Then Amar discovered all the places where the murderers went ashore, determined which hotels and which beds they slept in. He found the place where the criminals were divided into two groups, and chose the direction where the reaction of the vine was greatest. In the city of Bocher, he pointed out the city prison, and out of 15 prisoners he singled out a hunchback arrested, as it turned out, just an hour ago! The hunchback, who confessed to the murder, was sent to Lyon, and the persecution was continued. However, it had to be stopped, because the persecutors had no right to cross the border of the kingdom, which did not represent interference for the criminals.
There is another informational device, as simple as the vine mentioned. He is often called the “pendulum-researcher”, simply “pendulum”, and in the works of domestic scientists he was given the abbreviation BAM – biological active pendulum. Even the augurs of ancient Rome used it. Augur became with a large pendulum in his hands in the center of the circle, on the edges of which were placed the letters of the alphabet. In response to a question, the pendulum, with its own hesitations, indicated a sequence of letters composed into a meaningful answer. They claim that one of the Roman emperors, having thus learned the name of his probable successor, hastened to deprive him of his life.
There are no clear indications of the length and color of the pendulum suspension thread. Usually, its length is chosen between 7 and 30 cm. The material of the thread is silk, wool, cotton, polymers, and sometimes even metal chains are used. It can be assumed that the suspension material does not play a special role. Obviously, the main requirement for it is softness, elasticity, providing the greatest sensitivity of the system. The weight of the sinker is often all of the order of 5-50 g. Since it is generally accepted that the work with the pendulum (as with the vine, by the way!) Occurs with continuous visual monitoring of its state (position, direction of movement, amplitude of oscillations, etc.), The color of the thread and the weight may be an essential part.
Information possibilities of using the pendulum are truly immense. It is known, for example, that in 1799 a message appeared in Europe about the use of a pendulum … to predict the future! In 1934, the newspaper Tribune de Geneve wrote about the missing boy who was carried away by an eagle. The newspaper reported that it was with the help of a pendulum that the location of the child was determined on a geographical map and was found! …